SmartRepro sought to maximize in-house talent to improve processes and final product quality. A new infrastructure included the establishment of publication-specific repro hubs that would, for example, address timeline bottlenecks within and across publications (such as reduction of proofing cycles).

Each hub is connected across the network, making it easy to move work around when necessary. Specific strategies included training design staff to better assess images and print-ready work, as well as understand color space and conversion fundamentals to recognize color problems and correction requirements.

The broad thinking underlying the approach was to provide best in class resources to fit the needs of internal magazine clusters, including staff equipped with the expertise to address each publication’s particular creative requirements. “It meant a fundamental culture change,” says Hargreaves, who designed the internal repro team to be flexible and able to juggle any of the work that might come up, thereby balancing the load with the publications’ creative teams and creating a fast, effective, and quality process.

“We created a hybrid of the design teams and the repro team,” he said. “That meant winning hearts and minds in the beginning, negotiations, and carefully structuring how we rolled this out, with a constant eye on how we would safeguard quality. We started in May 2006 - and a year later we successfully incorporated the process with all of our titles. 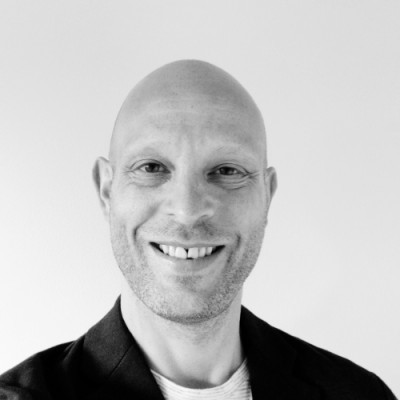 Visually the results speak for themselves. There is a definite quality improvement in images accross the board.

Tools for the Job

Picking the right tools and adapting them over time has been key to the effort, as well. “We invested in workflow tools to insure that we had a robust, industry standard workflow,” said Hargreaves.

BBC then layered a few key “best of breed” tools on top of the workflow. One standout choice? Elpical’s Claro. Claro’s image tools have their roots in the high quality Hasselblad imaging technology. Building on
that base philosophy of quality photographic output, the Claro analysis tools individually analyze images to ensure sharpness, contrast, brightness, color balance and other parameters. The results are consistently superb image quality.

“We are increasingly pushed for time, and with the schedule backloaded on a monthly magazine – we can have chaos!” Hargreaves says emphatically. “There is frequently a need for us to standardize what we get in”, he explains, ”But because of those time and budget constraints, we often have to work with what we’ve got -- and that’s where Claro can optimize and standardize in automated ways.” “As time constraints grow more severe, quality expectations remain high, so we’ve got this balancing act to achieve quality levels while simultaneously having less time to do it. I was looking at automated solutions and found Claro.”

As time constraints grow more severe, quality expectations remain high, so we’ve got this balancing act to achieve quality levels while simultaneously having less time to do it. I was looking at automated solutions and found Claro.

The hit automotive show Top Gear and its popular magazine must shine like an Aston Martin Vantage Roadster gliding through the S curves to Monaco. In fact, one of the fi rst tests Claro passed was the editors’ eyeballs at Top Gear. “Top Gear has to be very current and topical, with a very short amount of time to turn around -- and Claro brings big benefits there. Top Gear was really into it when I showed
them what it could do,” says Hargreaves.

Alan Dixon of Workfl owz, Elpical’s UK partner, joined Elpical’s John de Jong in going to BBC to set up an in-depth demo and product evaluation with initial set-up and training for BBC to build upon. Further tweaking and enhancements to match BBC’s internal departments’ requirements were developed with Hargreaves’ guidance, before the system was rolled out to various titles. “We threw lots of different images at the software, tweaked it, and got proofs that achieved what I felt was a significant difference, and once I showed the editors here at Top Gear what can be achieved, it was met with such enthusiasm that it drove sign-off on the investment,” Hargreaves says.

The system also shines in the challenging areas of greens, blues, and skin tones - and that’s something that BBC’s Gardeners’ World magazine needs to get “Just Right”. Not surprisingly, the plant photography across this well-known gardening publication contains a lot of greens, not to mention highly varying levels of subtlety from green to green. Hitting the quality bar while meeting a rigorous production schedule was challenging. “With Gardeners World we’re using the new green tones setting, and getting great results,” Hargreaves reports. This achievement was made possible by his decision to give each publication its own, unique profile.

Integration also makes for success. For example, Hargreaves says BBC integrated Claro with its workfl ow to take advantage of Claro’s sharpening function. “When our pages are submitted to the workflow, it makes calls to Claro. The ICC conversion happens in Claro and images are sharpened there as well, so it’s a two-pronged, integrated approach,” he says. As an added benefi t, Claro insures that all images are analyzed in some way. Claro analyzes the CMYK profile against the gamut of the image going in. If the image is out of gamut by more than 20%, Claro applies a perceptual conversion. This, says Hargreaves, brings a whole new level of consistent quality to the process.

“Visually, the results speak for themselves,” says Hargreaves. “There’s a definite quality improvement in images across the board. We wouldn’t have had time to make all these sharpening and other enhancements. This approach lets us have those benefits while working to our tight deadlines. If we didn’t have Claro, we might not be able to achieve the results we have been able to, in certain titles.”

Visually, the results speak for themselves,” says Hargreaves. “There’s a definite quality improvement in images across the board. v 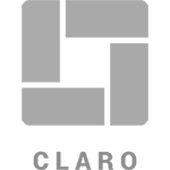